In 1988, the businessman Carlos Augusto Carvalho and the talented sushiman George Koshoji opened the doors of Kosushi, in the Ipiranga neighborhood of São Paulo. Isolated from the few traditional Japanese restaurants that until then were concentrated in the Liberdade district, Kosushi soon fell into the taste of demanding food lovers, for the freshness and high quality of its ingredients always combined with innovative creations.   Throughout its 30 years of existence, Kosushi has established itself in Itaim Bibi neighborhood, opened a new unit in Shopping Cidade Jardim and has won one of the most coveted stars in the world, Michelin Guide. Now Kosushi is preparing for a new venture: the inauguration of the first international house in Miami in 2019.

The bicultural influences of our chef George Koshoji are translated into various parts of his kitchen - from the mastery and precision of his cuts to the delicacy and fusion of flavors in his creations. Born in the bucolic city of Apiai in the interior of São Paulo, George learned the techniques of Japanese cuisine in São Paulo and soon sought perfection in Japan. When he finally returned to Brazil in 1988, he inaugurated Kosushi, along with his partner Carlos Augusto Carvalho. Of singular modesty, George has become the leader of his dedication and love for what he does - an authority in Japanese cooking. Its cuisine combines tradition with unusual techniques and flavors. 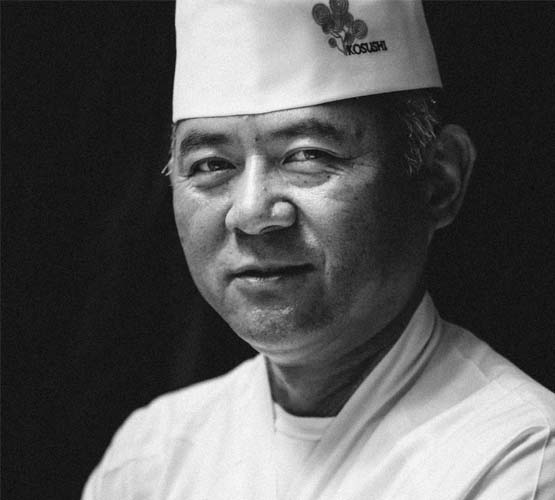 Signed by chef George Yuji Koshoji, our menu blends traditional and contemporary Japanese cuisine. Our menu is seasonal and set up to highlight the best and freshest ingredients of each season.


"In Japan, turtles are said to live for ten thousand years and are therefore a symbol of happiness and good omen. Legend has it that the turtles love sake, and the fishermen, when they find them in their nets, do not return them to the sea without first offering them enough sake. In the old days, it was quite common to decorate restaurants with turtle designs, to bring prosperity and customary sake-loving customers."

KO means turtle and also the excellence of the number 1
- so we called our Kosushi restaurant.